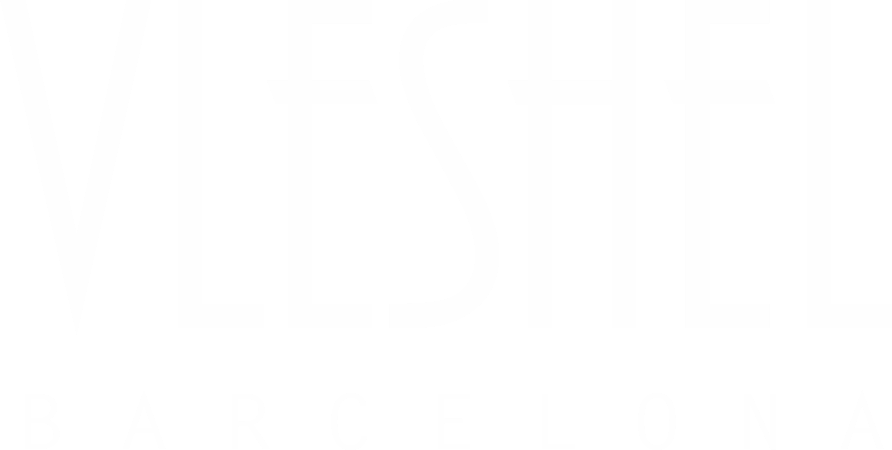 Vleshel is an innovative brand of hair cosmetics, created by professionals with decades of experience developing master formulas, an incredible drive to excel, and what is more important, passionate about their work.

From our global vision of beauty, our mission is to create top quality products with the greatest possible performance, following the latest trends and scientific/technological progress. Care and enhancement of hair is our main goal.

Experts in hair care and treatments

Vleshel is an international company of hair care products made up of professionals with decades of experience in hairstyling and hair treatment. Over the course of our career, we have worked to be one of the most innovative brands, placing our bets firmly on research and the development of new formulas for the treatment of every type of hair.

Our innovative nature is extended by collaborating with different international artists.

The Vleshel 001 collection offers a complete line of treatments for taking care of any type of hair. Among its products, you can find shampoos, conditioning masques, and hair serums to strengthen the roots, nourish the scalp, protect the ends, or avoid frizzing.

The combination of the different treatment elements (shampoo, conditioner, and serum) improves the results and speeds up the process of hair recovery.

Vleshel’s 12 in 1 Final Touch Elixir is one of our most successful creations. It’s a serum with many benefits that instantly acts to repair, nourish, and give shine to hair through a combination of natural agents and microformulas that are effective from the roots of your hair to the ends.

Its composition, enriched with arginine, panthenol, almond oil, ceramides, silk, and hydrolyzed keratin facilitates the proper growth of hair, keeping it from frizzing, and doing away with breakage or wear on the hair by nourishing the natural fibre and strengthening the root of the hair.

Vleshel 12 in 1 Final Touch Serum can be used before applying irons or driers, as a repairing treatment before going to bed, or daily with little touches on the weakest or most exposed strands of hair. 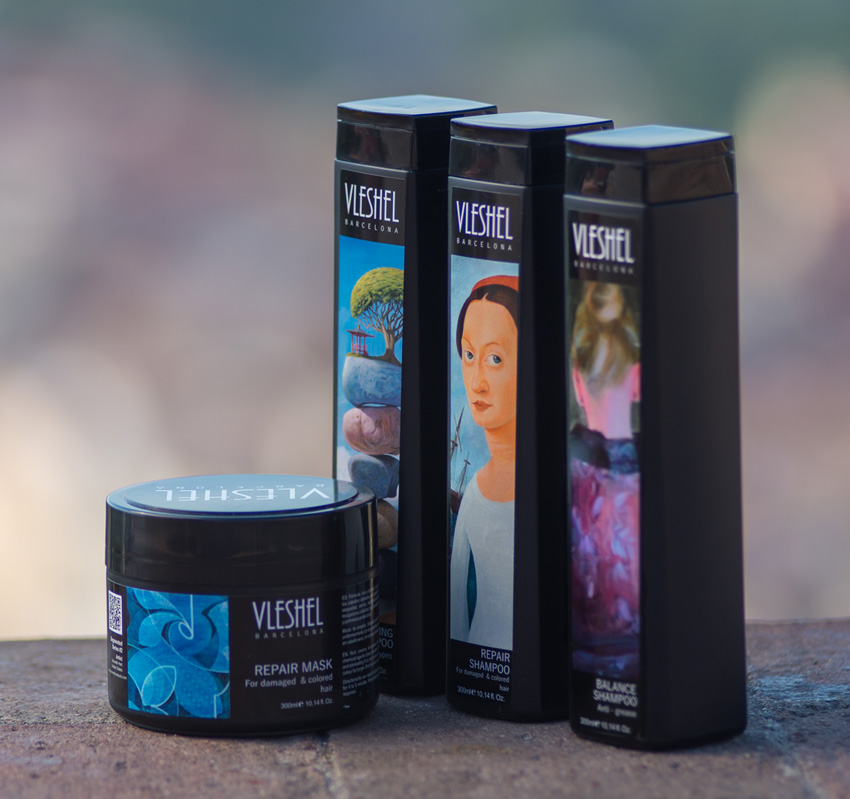 The brand received a great deal of support from the sector and very positive reviews for both its hair treatments and the design of its products. Vleshel promoted its line of hair products at Cosmoprof Worldwide Bologna 2017 last March. The brand achieved a great deal of visibility and a number of congratulations for the proposal, regarding both the product and the design.The most important cosmetics fair in the worldCosmoprof Worldwide Bologna is the most important international hairdressing, perfume, and general cosmetics fair in the world. It is the biggest END_OF_DOCUMENT_TOKEN_TO_BE_REPLACED

Every head of hair has its own story and requires a specific treatment. Dive in and find advice to take the best care of your hair, or design a personalized treatment for your hair’s needs. Let yourself be inspired by Vleshel Barcelona.

For us, it’s just as important to create a community around our brand name as it is for Vleshel product line to be interpreted and applied properly. Understanding hair problems well and how our products offer an all-round treatment is the Vleshel’s final goal.

Vleshel develops its business around a network of distributors and suppliers around the world. We are in permanent movement and know every day agents of the sector, new distributors or innovative platforms that fit into our business model.

Vleshel develops its business around a network of distributors and suppliers all over the world. We are always on the move and we meet people from the sector every day, new distributors or innovative platforms that fit in with our business model. There are different ways of starting a relationship with Vleshel.

If you want more information you can contact through the following form:

Any cookies that may not be particularly necessary for the website to function and is used specifically to collect user personal data via analytics, ads, other embedded contents are termed as non-necessary cookies. It is mandatory to procure user consent prior to running these cookies on your website.