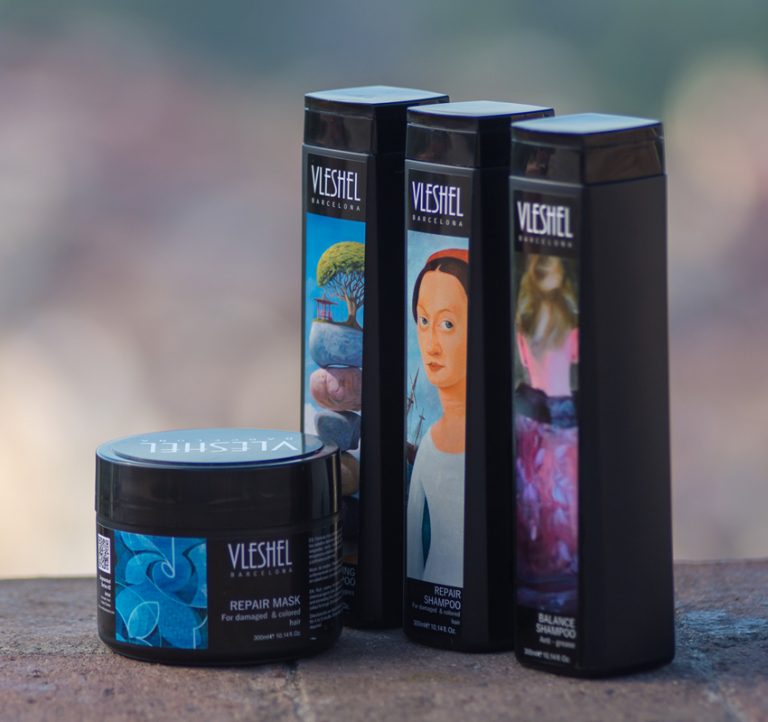 The brand received a great deal of support from the sector and very positive reviews for both its hair treatments and the design of its products. Vleshel promoted its line of hair products at Cosmoprof Worldwide Bologna 2017 last March. The brand achieved a great deal of visibility and a number of congratulations for the proposal, regarding both the product and the design.

The most important cosmetics fair in the world

Cosmoprof Worldwide Bologna is the most important international hairdressing, perfume, and general cosmetics fair in the world. It is the biggest event for the sector, and last year it placed over 185,000 square metres at the disposal of more than 2000 exhibitors on the fairgrounds of the Italian city.

Over 150,000 professionals from the world of perfume, hairdressing, or cosmetics attended the event from 27th to 30th March. The event in Bologna is identical to those held in Hong Kong, Las Vegas, or Guangzhou, all of them organised by Beauty Eurasia Cosmoprof Group.

Besides the usual exhibitors, among which there were many prestigious companies, a number of small and medium-sized companies participated in the fair, as well as recently created brand names that have decided to participate in the market.

The proposals of this type of businesses extended the perspectives and options available, guaranteeing the survival of the sector in the coming years, with niche focuses or services focused on new technologies.

The sector is turning towards the opening of business models with the appearance of these agents that propose new focuses on logistics, formats, or raw materials. The synergy between companies with different businesses is also more evident, such as hairdressing and beauticians, fashion and spas, or manicures and cosmetics. An even more heterogeneous development can be foreseen for the coming years.

Our line of hair treatments received good reviews. The public was especially interested in the 12 in 1 Final Touch Elixir, which continues to be one of the most complete products in our collection for the cellular regeneration and moisturising of damaged hair. The Vleshel line for the prevention of hair loss was attractive for salon owners from all over the world with clients who suffer from this problem. Numerous distributors showed their interest in starting a commercial relationship with Vleshel after finding out about our support service for brand agents.

Another element that caught people’s attention was Vleshel’s collaboration with different international artists that design the packaging of the products. Cosmoprof brings together a good number of packaging professionals, and specifically in 2017, this was one of the elements that the different exhibitors pursued the most. Vleshel’s aesthetic proposal turned out to be captivating, particularly for beauty salon owners.

At Vleshel Barcelona, we considered our participation in Cosmoprof to be very positive and we have thrown ourselves into developing the commercial relationships that arose from the event.

Any cookies that may not be particularly necessary for the website to function and is used specifically to collect user personal data via analytics, ads, other embedded contents are termed as non-necessary cookies. It is mandatory to procure user consent prior to running these cookies on your website.